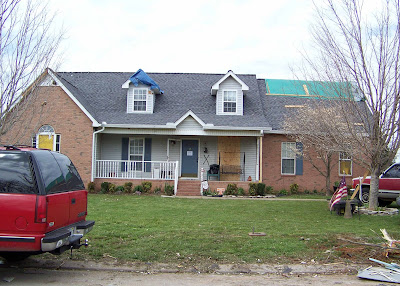 If you’ve been watching the news at all, you may have heard that we have had some tornadoes here in Tennessee. The worst ones hit about an hour away from my house and the most damage was in my sister-in-law’s neighborhood. They were not at home when it hit, but her mother-in-law was at the house and found shelter in a bathroom. Windows were blown out and the inside of the house is plastered with glass, dirt, and grass. The roof was raised and the house shifted on its foundation. Their neighbors weren’t so lucky. Here are pictures of the houses surrounding them, or what’s left of them. Amazingly, in the whole area, only two people were killed. 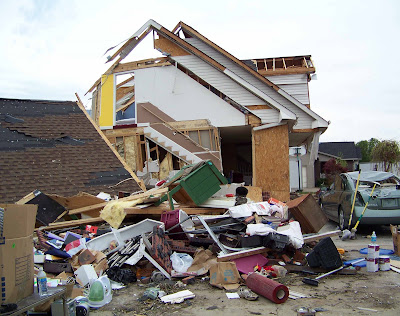 This house next to them was moved 15 feet back off of its foundation. 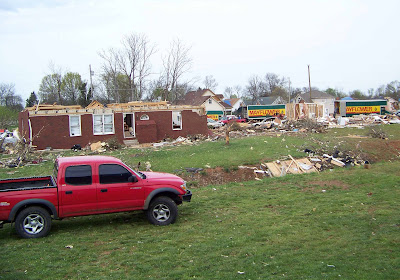 The one behind them lost its upper story and the one beside that was totally destroyed.

We went to help them move out to a temporary home. The response of the community was heartwarming. Several times during the day, groups of people would come by and offer us food and drinks. It is great to see how people come together during a crisis.

Amidst all of the excitement, I have managed to get some work done. 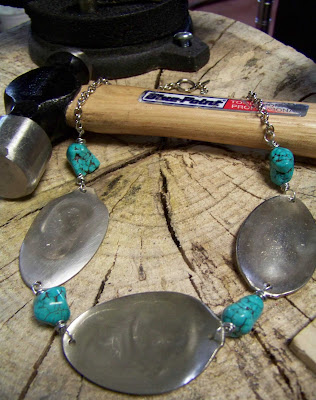 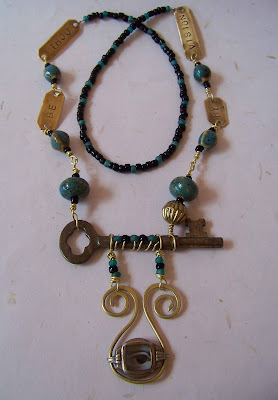 Be Thou My Vision 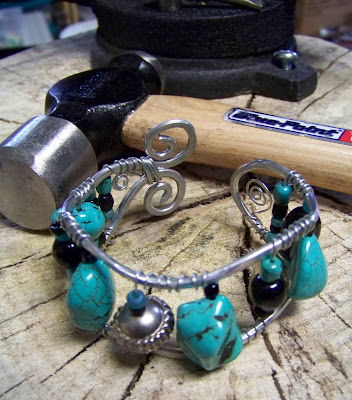 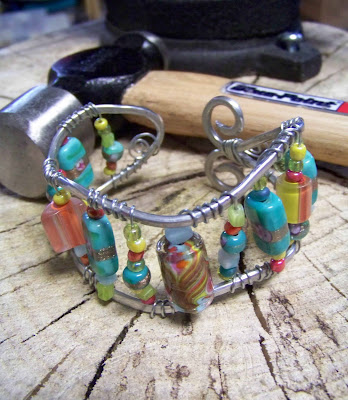 One Response to Wicked Winds