Guess Who Followed Me Home 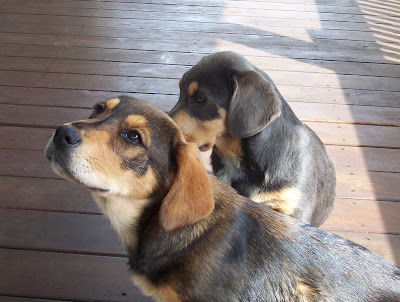 I was driving home from town on Monday evening. It was just beginning to get dark. I was about half a mile from my driveway when I saw a pair of eyes glowing. They were low to the ground so I thought it was a rabbit. When I got near, I saw that it was a little puppy! I stopped and she was running around the car whining and so I picked her up and put her on my lap and she just laid down as if it was the most natural thing. I drove into my garage and put her out. Then I went inside and told my husband, “Come look at what I found.” I went back out to pet her and a couple of minutes later I heard scratching and crying at the door and I looked out and it was her sister. She had followed us somehow and thought that she should be in my house. So, now I have two extra puppies. I want to keep one of them, but I need to find a home for the other one. They are so adorable! I think they are Doxles- (Dachshund /Beagle mix) 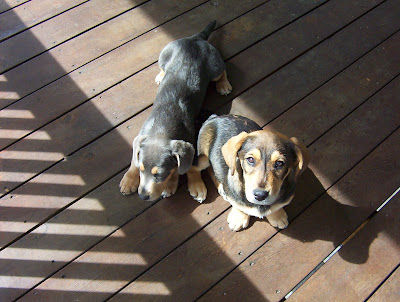 I called all of my near neighbors to make sure they weren’t missing any puppies and they weren’t so I’m sure that someone dropped them. People do that here frequently because we live in a remote area. I’m sure these puppies would have been coyote food before morning. What a sad thing. I’m glad I found them. My problem now is which one to keep. They are tooooo cute! 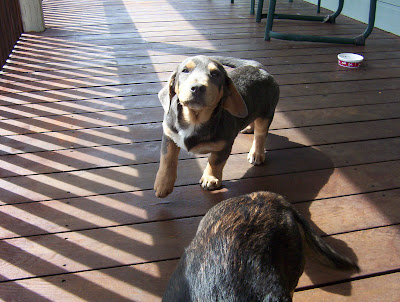 6 Responses to Guess Who Followed Me Home