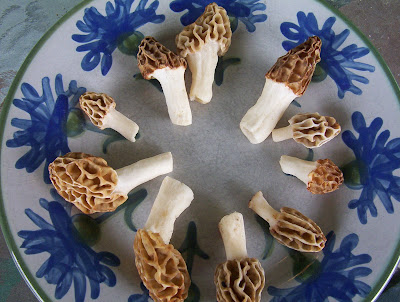 We finally found some! We have found the elusive morel mushrooms. It has been about 3 years since we have found any in our forest. You have to look at just the right time or you will miss them. These are little ones, but it was good to have our search rewarded. These were battered and fried and thoroughly enjoyed.
Another blustery day here in Tennessee. Several tornadoes touched down around the area, and one within 10 miles of us, but we were unscathed. In the midst of the storms, I went to Silo Studios to pick up my jewelry left over from yesterday’s sale, and got to watch some of Shawn’s very creative furniture being made. If you are in the middle Tennessee area, you should check it out in next month’s open house on the second Thursday.
My younger son and his wife were extras today, in the filming of a new movie about the life of Billy Graham . They played students at the college that he went to, which would have been in the late 1930’s or early 40’s I think. It is being filmed near their home. My son had to shave off his beard and mustache for the filming, but he says he will grow it back. I haven’t seen him without it in several years. That will be interesting to see.